​The series of essays by writer and publisher Gib Wettenhall will explore knotty environmental problems and inconvenient Indigenous issues ignored by the mainstream.
​
​ 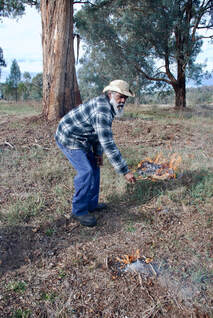 ​It was featured  in Steve Murphy's ​Recreating the Country blog in February 2020. 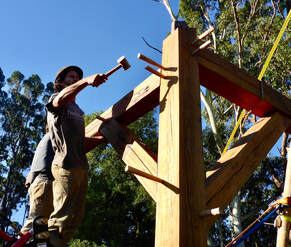 Localism ruled in the pre-industrial era as did working with wet, green wood. Craft skills were valued and the whole process of relying on local resources and expertise allowed artefacts of beauty to arise that were rooted  in place. Like the wonderful green wood shed designed and constructed by craftsman Lachlan Park.
VIEW HERE 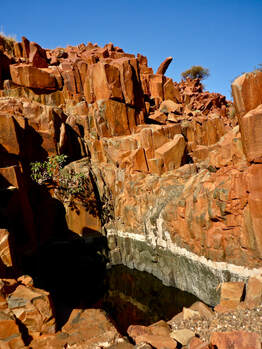 > A standing stone above a waterhole at Murujuga on the Burrup Peninsula.
ABORIGINAL STANDING STONES

Who knows about Aboriginal standing stone arrangements? The author of the Australian History of Standing Stones seems never to have heard of them. Not many of us know that they were once everywhere as landscape markers,  guarding sacred sites, standing in for ancestor beings and forming ceremonial circles.