The People of Gariwerd: The Grampians’ Aboriginal heritage 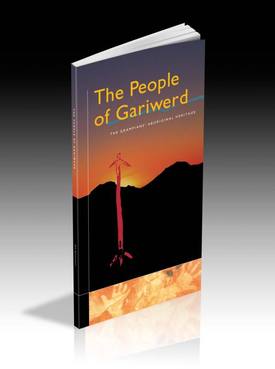 The People of Gariwerd tells for the first time how Aboriginal people have maintained an intense and unbroken relationship with the peaks and plains of the Grampians / Gariwerd ranges since the last Ice Age to the present day.

Re-analysis of archaeological evidence uncovered that Aboriginal people had lived in shelters within the Grampians ranges for over 20,000 years. There is even evidence of village life having occurred at the very heart of the Grampians in places such as Lake Wartook. This new analysis stands in startling contrast to the formerly prevailing view that Aboriginal people first inhabited the Grampians ranges just 3-4,000 years ago, and then only visited occasionally for ceremonial purposes.

A readable and informative guide, the book recounts how Gariwerd’s  indigenous communities, the Djab wurrung and the Jardwajali, lived together, managed the land, and used the landscape as a map telling them how to live.  Ideal for schools and visitors to the Gariwerd/Grampians ranges.

Still the only Indigenous history of Gariwerd, it remains largely current – except that new dating techniques have pushed the Indigenous timeline of occupation back to 60,000 years ago. Carbon dating – as used when this book was written 20 years ago – was unreliable beyond a 20,000 year old threshold.

Writer Gib Wettenhall was commissioned by Aboriginal Affairs Victoria to collaborate with Brambuk on behalf of the Grampians’ Indigenous communities  in writing this book about their side of history.