A brief history of the slaughter of trees 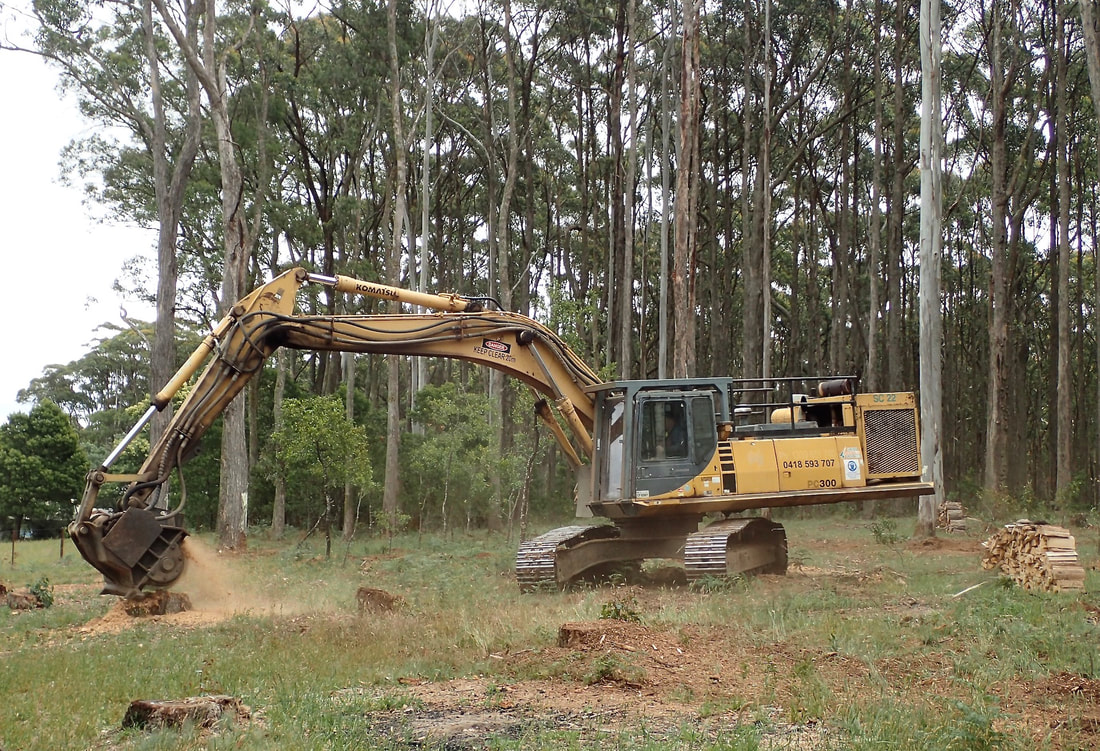 ​Every civilisation starts with the sound of an axe.

Four and a half thousand years ago, at the time of the Epic of Gilgamesh, Mesopotamia – or Iraq as we now know the place – was covered in unbroken forest whose foliage was so dense that the legend goes that the sun could barely shine through. A trip into this forest was so hazardous that the Mesopotamians shuddered in fright when the mighty Gilgamesh announced his intention of going in and cutting down its cedars. One thousand years later, irreversible salinisation and siltation had set in as a result of deforestation.

Once upon a time, the hills of ancient Greece were covered in rich brown soil and dense forests. The great Greek hero, Themistocles, was instrumental in exhausting the local forests when he raised Athens from the status of a second-rate power by building a fleet of 200 ships to break the Persian stranglehold. The dazzling white hilltops that greet the modern visitor to Greece consist of the limestone bedrock, stripped bare by erosion after their forests’ removal.

Over in ye olde Italy, the forest to the south of Rome was originally known as the Avernian woods, Greek for birdless, because the trees grew so close together that not even birds could enter. But among other luxuries of civilisation, the Romans were crazy about hot baths. With the growth of Empire, the temperature increased from moderate to piping hot, with whole tree trunks being consumed at one sitting. So much firewood was required that Pliny records that forests had to be set aside for the use of public baths.

Military ventures and the growth of civilisation feature throughout history as blood brothers, the latter feeding off the former. The Roman writer Strabo described Britain as “overgrown with forests.” Ship building put paid to the oak forests, and the initial attraction of the North American continent to the English was as an abundant source of large white pines, which could be fashioned into masts for naval warships. Robert Hughes in The Fatal Shore describes how the mainmast of a 74-gun first-rater was three feet thick at its base, rising 108 feet – a single tree, dead-straight and flawlessly solid. And such a vessel needed some 22 masts.

With Britain’s loss of the American colonies at the end of the 18th century, Captain Cook’s sighting of 180 feet high pines on Norfolk Island in 1774 was to become, as Robert Hughes argues, one of the spurs to colonising Australia. How ironic then, Hughes went on to say, that the Norfolk Island pines, like the rest of antipodean nature, were to prove deceptive. The Norfolk Island pine was found at first felling to snap like a carrot. 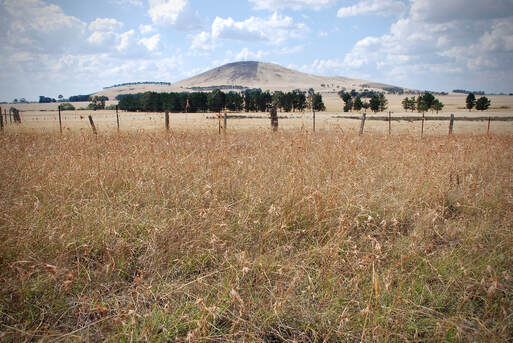 On setting foot on this continent’s southern shores, the European explorers and settlers encountered on valley floors magnificent open woodlands, interspersed with abundant wetlands, fringed with thigh high kangaroo grass. They had stumbled on what many rapturously described as like a “nobleman’s estate.” Explorer Major Thomas Livingston Mitchell, who traversed this region in the spring of 1836, went so far as to dub southern Victoria as ‘Australia Felix’ – a blessed countryside.

What the European newcomers failed to appreciate was that this bountiful, park-like beauty was not a freak of nature. These were functioning ecosystems, the product of tens of thousands of years of purposeful firestick farming by Australia’s first custodians – on the north side of the Dividing Range, the Dja Dja wurrung people; and on the south side, the Wathawurrung.

The grasslands of Australia Felix are the epicentre of Australia’s youngest volcanos, with 30 clustered from Blampied to Smeaton, producing lava over the last 2 million years, which has broken down into rich red soil, ideal for forests. Major Mitchell described the hills as ‘mammeloid’ or breast-like. While you might consider it a stretch to call the gently rounded Kooroocheang, Moorookyle or Kangaroo Hills as breast-like, we can perhaps excuse Mitchell as he was a long way from home back in Sydney and his expedition was a strictly all-male affair (except for the Aboriginal women he had searching for bush tucker on the flanks).

At Creswicks Creek, light and frequent burning by the Dja Dja wurrung had created beautiful broad flats described by one of the first gold diggers to arrive in 1852 as “covered with long green grass and reeds and large trees, and the creek bubbling with clear water.” In contrast to the open park-like valleys, the diggers wrote about encountering extremely dense bush on the heavily wooded Dividing range.

Sounds familiar? Something like Rome’s birdless Avernian woods and the unbroken cedar forests of Mesopotamia? And similar to their fate, the arrival of civilisation in the form of gold diggers was to lead to hundreds of thousands of axes stripping bare the forest in a 150km arc from Blackwood to Bendigo, swinging south back through Castlemaine to Daylesford.

In the gold rush decade of the 1850s, over 570,00 immigrants arrived at the port of Melbourne, en route to the goldfields ‘up country.’ Victoria’s population swelled from a mere 77,000, with central Victoria becoming the only region in Australia that can lay claim to once having had a population well in excess of its state’s capital city. The population around here was in those days seven times greater than it is now.

Today, coal, concrete and steel have overtaken wood as both the primary source of energy and for making things. But back in the 1850s, all those immigrants relied on trees, like the white-trunked manna gums in this place, to provide the fuel for bakers’ ovens, steam engines and iron foundries. And the prized timber of messmate stringybarks rapidly disappeared to erect mine props, bridges and housing. 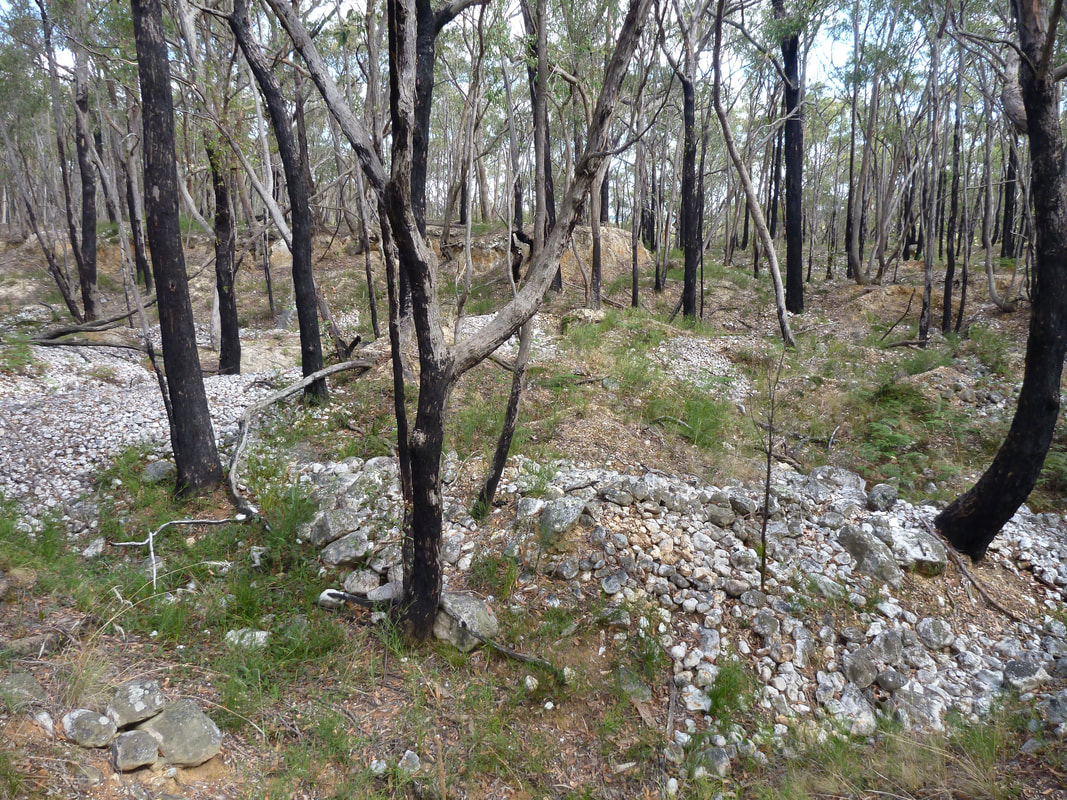 > Humbug Hill near Creswick: turned upside down in the gold rush. 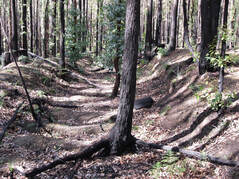 ​John La Gerche, the region’s first forester aptly described the gold rush era as involving “a great slaughter of trees.” But before we get to La Gerche, one of the greatest agents of tree change in the 2nd half of the 19thcentury were the five Anderson brothers, with their state-of-the art timber tramway system and sawmill at Barkstead, in the heart of the Wombat Forest.

Fresh from Scotland, the Anderson brothers hit on a steadier source of income than gold panning – large scale tree felling. They started small with a sawpit at Dean. As their appetite for trees grew, they put their engineering experience to work, eventually building the longest timber-extraction tramway system in Victoria – a system that hauled clearfelled trees on top of the Divide for 23km from Musk to Dean into the maw of their centrally placed sawmill at Barkstead, which at its peak employed 150 men.

As the ancient Greeks and Romans could have told the Anderson brothers, all good things come to an end. No sooner had they commissioned two specially commissioned steam locomotives from a Ballarat foundry, pulling 3-4 train trips of logs into the Barkstead mill, day in, day out, than – surprise, surprise – the trees within their license area ran out, a mere 15 years since their start-up sawpit at Dean.

So what did the Andersons do? They brought on a bush war, encroaching on the licensed territory of two other powerful sawmillers, Thomas Crowley and Patrick Fitzpatrick. This was to prove a fatal mistake. Crowley and Fitzpatrick had mates in the Victorian Parliament and they complained that the Andersons were “ravaging” their forest. So, in 1879, the Andersons lost both their sawmill and tramway licenses and were forced to abandon Barkstead.

Many of the 60 sawmill families stayed on, squatting on the clearing in the forest that once was Barkstead, passing on their land from generation to generation, until the Kennett Government in the 1990s took offence at their socialist lack of title, privatising all blocks and selling off excess common land.

You can still see, contouring along the top of the Divide through regrowth forest, the cuttings of the Anderson’s timber tramway system and the ghostly impress of the sleepers for their magnificent machines. The 210km long Goldfields Track, which goes from Mt Buninyong to Bendigo, follows the tramway track for a few kilometres from Mollongghip to near Barkstead. And if you know where to look, you can bounce up and down in a barren clearing on springy sawdust-covered ground, which is all that is left of the Barkstead mill. 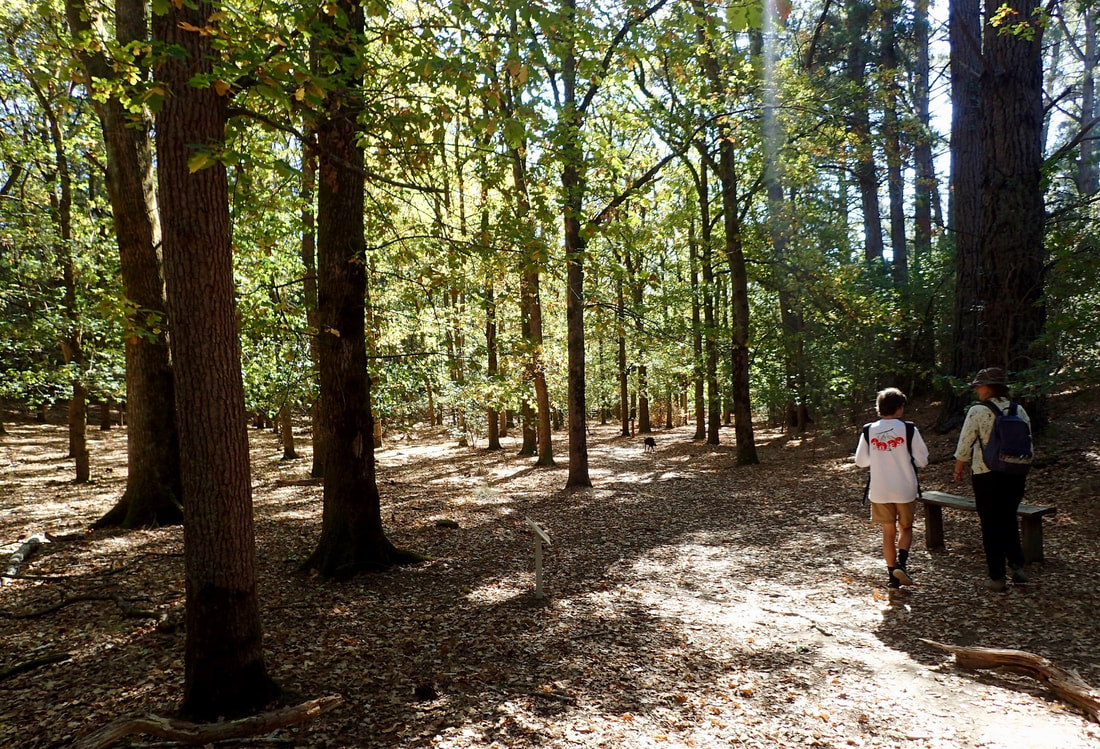 ​A different sort of forest returns

​A Royal Commission in 1897 declared that the Wombat was “a ruined forest.” But there was a light in a gully at Creswick, which was declared by the state’s chief Forest Conservator as “the most valuable forest land in Victoria.”

John La Gerche started out in forestry as a sawmiller, went broke and sought a more secure public service career as a bailiff-forester. For two decades, he literally rode around on a white horse and camped out in the Wombat Forest, attempting to stop the depredations of the moonlight prop cutters, marauding wood cutters, bark strippers, goat herders, gold sluicing parties and prospectors – many of whom inhabited as well as invaded the forest.

Bailiffs wore a broad-brimmed hat. La Gerche preferred to identify as a forester and effected their beret. In 1887, in the face of bureaucratic penny-pinching and prevarication, he set out to establish an experimental plantation in sheltered Sawpit Gully, close to Creswick. From a 2 acre plot it grew to 300 acres in size and contained numerous species of trees selected by La Gerche to “suit the climate.” Few, however, were indigenous to either the region, let alone Australia.

La Gerche was a man of his time. The newcomers saw Australia as an alien place. They set up acclimatisation societies to transform the countryside into a place that was more like ‘home’ (meaning the British Isles). They imported all manner of what were to become pest plants and animals. This second wave of invasion included willows and hawthorn, blackberries and broom, blackbirds and sparrows, rabbits and foxes.

An ideal acclimatisator, La Gerche didn’t value native trees as an essential part of the country’s web of life. He saw the slaughter of trees through a different lens; as “wasteful” and “wanton” destruction of productive resources. Consequently, his plantation of useful trees is home to many different types of pines from Corsican to Caribbean and has a splendid 125 year old oak gully.

While perhaps not politically correct, you can experience the towering pines and autumn glory of the oak gully on a 2.4km walk that wends through La Gerche’s creation. Interpretive signage explains its history and the different tree species are named.

As the jewel in the forest’s crown, La Gerche’s plantation became the catalyst for establishing the imposing School of Forestry next door in 1910. You can still walk through its grounds, passing gracious Victorian era Tremearne House and the forbidding castle facade of the old Creswick hospital built in 1863.


The slaughter goes on and on

The slaughter of trees didn’t stop with the founding of the School of Forestry. It was to go on and on in the Wombat, eventually only ceasing after three decades of overcutting for woodchips at the end of the 20th century. The chainsaws were finally stilled when the last of the sawmills, Dwyers at Leonards Hill, closed down in 2006.

Today, what we have inherited is a baby forest, a pale shadow of its former glory and biodiverse abundance in the Aboriginal land management era. Hopefully, time and better custodianship on our part will heal the wounds of the past … but that’s another story.